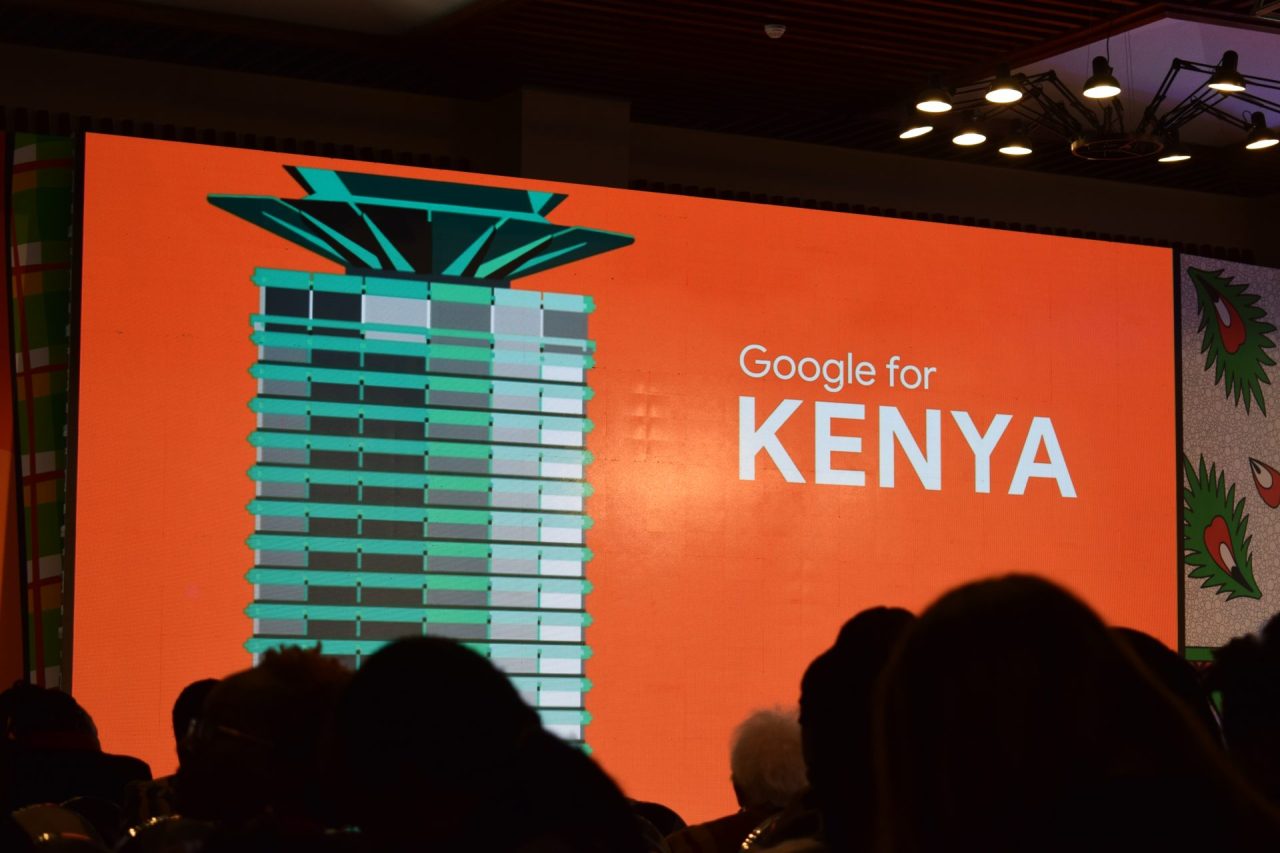 The year is 1988, Mike Lawie a Rhodes University student is about to lead a team that will change the African continent forever. Three years later, in partnership with UNINET Project, the team made the first IP connection to Portland, Oregon from South Africa; the birth of the internet In Africa.

More than three decades later, internet penetration has spread far across the region with 32.5% of Africans having access.

The story of Africa’s tech ecosystem will not be told without Google. Popular for its Search Engine feature, the corporations reach goes beyond providing users access to information at the touch of a button. Programs such as Digital Skills for Africa has equipped millions across the continent with knowledge and tools to improve their businesses and communities. The program currently has 4 million beneficiaries so far, 1 million of whom are Kenyans.

On Wednesday, Google continued to display its position as an authority in the use of tech for development in Africa at its second annual Google for Kenya event. In attendance was our own CEO, Linda Bonyo and Legal Media, Selina Onyando.

As Africa's First Law Tech Innovation and policy hub, the Google 4 Kenya event was a great way for the Lawyers Hub to see how biggers players in the tech space were innovating in order to better understand the policy needs.

Themed Twatembea Pamoja, Swahili for Walking Together, the event saw the launch of revolutionary products and services centered around healthcare, education, transport and culture.

In healthcare, Google leveraged on their product, Google Maps to improve access to healthcare. By working with local guides and medical officers, 178 emergency healthcare facilities, even in the most rural areas were added to the Map database.

The product is quite impressive. 36,000 businesses in Kenya have been added to the online map with Google Africa going as far as working with Local Guides in collaboration with Universities across East Africa to train locals on how to build and maintain the maps.

At the Digital Playground, attendees interacted with 360 cameras used by Local Guides on their daily rounds with the team going further to demonstrate how individuals can contribute to Street View.

In education, Google Africa launched Bolo, an interactive app that uses text to speech and speech recognition to help children learn how to read. The app already available in Nigeria and India, is available for use offline.

The integration of the offline feature in Google Products was also seen in Googles Gallery Go.

Gallery Go is an offline gallery that improves organization, incorporates editing all with enhanced performance. Being the lightest gallery ever built by Google, it boasts less memory use, downloading at only 10MB.

The introduction of offline products and services is a big boost for tech in the region. By making it possible for users to access these products without an internet connection, the use and subsequent impact of these features is sure to rise, having an effect on sectors including healthcare and education.

This feature was particularly exciting for us at the Lawyers Hub. During the Global legal Hackathon which we hosted in March this year, we saw lots of innovation around educational apps aimed at improving access to justice by simplifying and sharing legal information to the public. The introduction of the offline feature to apps such as these could be ground breaking, allowing the millions of Kenyans with smart devices to have the law, anywhere, in the palm of their hands, without an internet connection.

Partnering with the National Museums of Kenya, Google Africa has also embarked on the intricate task of digitizing Kenyans cultural archives.

Collaborating with Kenyan artists such as Musa Omusa to help it all come to life, the project is Google Arts and Cultures most ambitious project in Africa to date.

Thank you to Google for giving us the opportunity to interact with some of their products and services in the way they did, it not only makes us hopeful for the future of technology in the region, but it also fills us with joy to see the emphasis being placed on innovations for a continent with as much potential for development as Africa.

If three decades ago someone told Mike Lawie and team that their achievement would make it possible for Africans to have easier access to healthcare or explore their culture in the way Utamaduni Wetu has made possible, it would have sounded like a dream, but here we are today, with pioneers such as Google making what may have seemed nearly impossible, possible.