This week in #LawTech 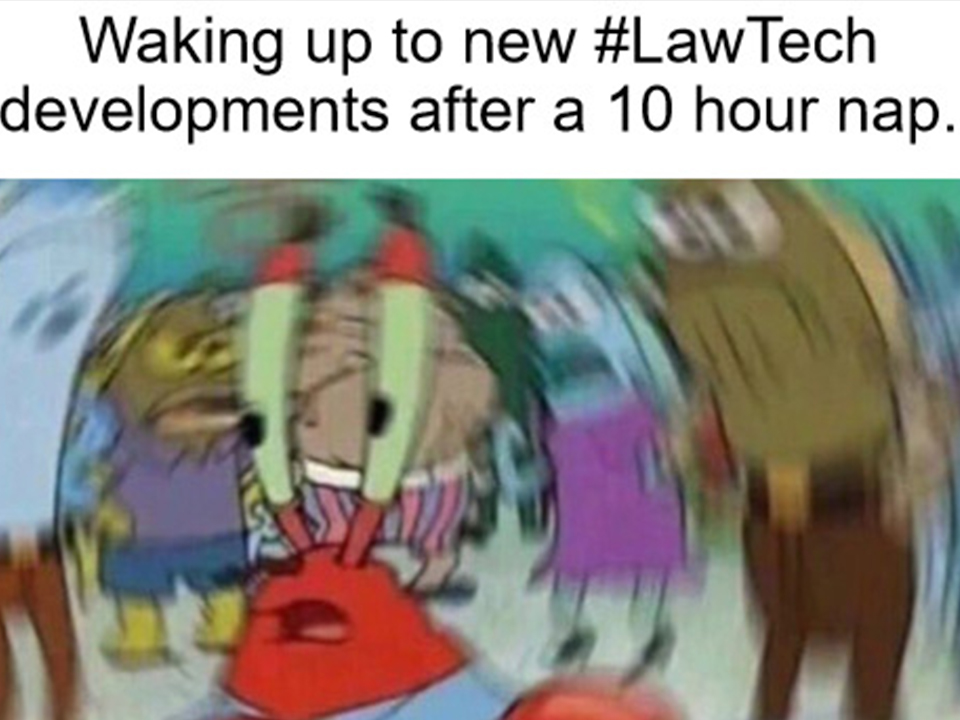 In tech, you could close your eyes for a ‘quick nap’ on Monday afternoon and wake up on Tuesday morning to three new data protection laws, six data breaches around the globe from Asia to the Americas, spanning across 6 different sectors. Or, you could wake up to news of the words favorite viral cats death (RIP Grumpy Cat 😔), who knows?viral cats death (RIP Grumpy Cat 😔), who knows?

In a space as dynamic as that of tech, as well as its #LawTech counterpart, it’s important to keep an ear on the ground in order to stay up to speed. We understand this struggle and thought, ‘hey, why not do a weekly recap of all things law and tech on our blog?’

So here we are, a few hours later.

It’s been an action-packed week for us here at the Lawyers Hub.

On Monday, we kicked off a week long training on Design Thinking, Cybercrimes and Digital Forensics with the Office of the Director of Public Prosecutions (ODPP), The United Nations Office on Drugs and Crime (UNODC), Safaricom PLC and K&L Gates.

On the first day of the training we delved into emerging crimes in telecommunications and what legal officers need to know when prosecuting these crimes.

The training featured senior prosecutors from around the country and was facilitated by members of the #LawTech community, including, Fred Waithaka, Head of Legal and Secretarial Services at Safaricom PLC, Stephen Kiptinness, Partner at Kiptinness and Odhiambo Associates, Carolyn Austin of K&L Gates and Lawyers Hub very own, Linda Bonyo amongst others.

Running through the week, the two teams from the ODPP used Design Thinking skills acquired to come up with tech solutions to emerging and existing justice problems.

We were more than thrilled to have been a part of the training and we can’t wait to collaborate with such great minds from the organizations involved again.

On Monday afternoon, part of our team was at Strathmore University for a Round Table Discussion at the Policy Innovation Center. The event was put together by CIPIT and allowed all players to have a candid conversation on the recently enacted Data Protection Act, 2019. The event was graced with representatives from, the Centre for Intellectual Property and Information Technology Law (CIPIT), Safaricom, Facebook and Google

Catherine Muya and Sumaiyah Omar represented the Lawyers Hub, giving some insightful perspectives on what the future of data in the country looks like with the introduction of the very essential piece of legislation. 99.99 participants were #WomenInTech

Fast Forward to Thursday, Lawyers Hub founder, Linda Bonyo represented us at the ICJ Annual Jurists Conference in Mombasa, Kenya, where she formed part of the Panel on Emerging Trends in Technology and Justice. The theme of this year’s conference is,Technology, Development and the Rule of Law in Africa.

Check out some of the highlights from the conference here.

On Thursday Evening, Sumaiyah Omar represented us at a Fireside Chat event with the CS. Of Ministry of Information and Communications, ECH Joe Mucheru at Startup Grind Nairobi event held at the Foundry. This Fireside chat highlight was the CS speaking of his experience as a #Techie in Public Service and responding to candid questions from the audience of techies and Lawyers who founded startups!

Following our last month’s Law Tech Meet Up on The Kenya Information and Communications (Amendment) Bill, 2019, dubbed the ‘Social Media Bill’, Catherine Muya from our Digital Rights and Tech Policy team a review of the Bill as well as a recap of the events from the Meet Up on our blog.

Away from our day to day at the Lawyers Hub, the tech world saw some significant innovations unveiled to the public both in and out of #TechForJustice.

Safaricom PLC in partnership with the Kenya Breweries Limited (KBL) launched smart coolers that will leverage on the Internet of Things (IoT). The solution is said to use data gathered to help KBL optimize their coolers for maximum efficiency. Read more about it here.

Of course this post would not be complete without an update on the #HudumaNamba; Kenya’s Proposed Digital Identity system. On Thursday, the system was the top trend on Twitter after Kenyans on Twitter (KOT) learned of the National Treasury’s request for an additional 1billion Kenyan Shillings to finalize the project. The figure was staggering for most, myself included, considering the 7.7billion already put into the project whose fate is still in the arms of the law following a petition by key players of civil society who continue to challenge its constitutionality.

The controversy that continues to swarm around the project is increasingly worrying as the government's incompetency when it comes to projects as intricate as this; one that involves the personal data of millions of Kenyans, continues to show.

On the flip side however, some positive news from the Police Service. The Police Inspector General, Hillary Mutyambai on Thursday launched the Digital Occurrence Book.

The OB will utilize blockchain technology to document events at various stations. The use of blockchain will ensure that the entries are permanent hence increasing accountability and transparency.

To cap off the week, The Lawyers Hub will be partnering with Smile Identity, for a Know Your Customer (KYC) event centered on the roll that the Data Protection Act, 2019 plays on FinTech and entrepreneurship.

Now you’re all up to date! See you next week for another weekly round up!

This week in #LawTech