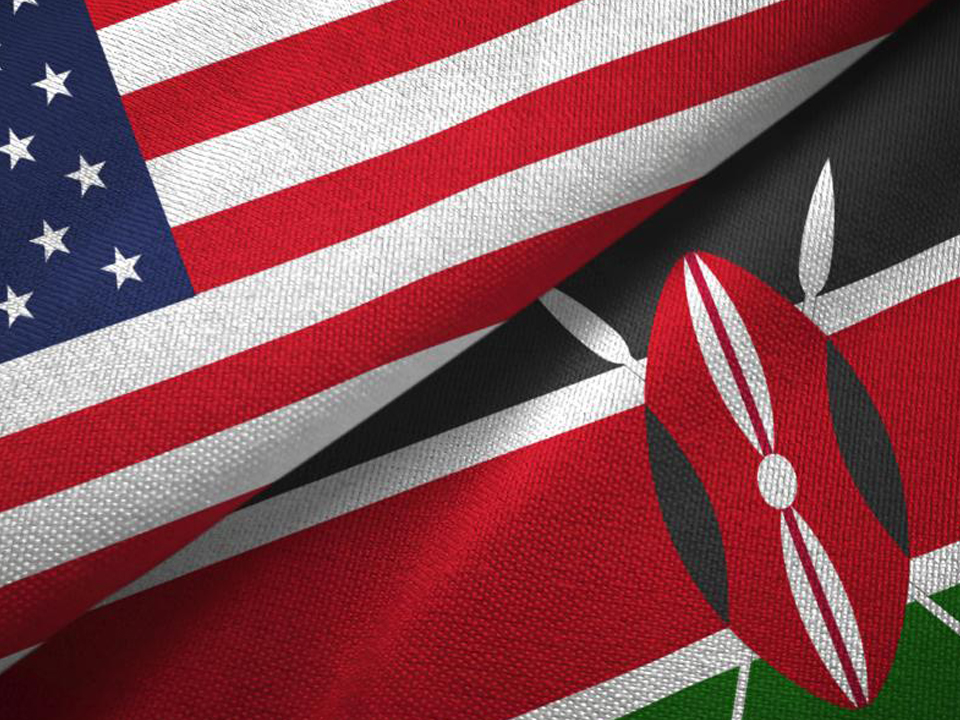 Monday 13th July 2020 saw the official launch of negotiations between Kenya and the United States for a Free Trade Agreement (FTA). Kenya has traded with the US through the Africa Growth Opportunity Act, a piece of US legislation enacted in 2000 by the US Congress at the time set to expire in 2025.1 AGOA applied to many countries in Sub Saharan Africa. It is understood to be ‘unilateral and non-reciprocal’. This means that the US made a decision on what goods qualified as AGOA eligible for duty free import. The African countries however could not do the same in this agreement, an arrangement that has come to be seen as trade for aid, trade between unequals that operated as non-monetary aid.

This is important because with the set expiration in 2025, Kenya-US trade relations face uncertainty on the future. In the almost 20 years of its operations, the US has been a leading export partner for Kenya in sectors such as textile and agriculture.2 AGOA has established an environment that has supported investment and trade, a disruption or change would affect the volumes of trade by affecting the conditions of the environment. This agreement is thus an effort to sustain this trade beyond AGOA.

However, the last 20 years have brought digitization and a different way of doing business. Digital trade is an important factor of consideration in 21st century international trade discussions. The language around this trade agreement is that it will allow Kenya to move from an aid to trade dynamic with the US. This speaks to a change from unilateral relations with AGOA to bilateral relations where Kenya brings its own terms of trade. Some have argued that because of the difference in size and power between the two countries, the same dynamic will remain, with Kenya as the weaker party.

The negotiations so far are happening secretly, but, it is important to understand the US as a trade partner, especially at a time when Kenya is working to reap the gains of its digital economic activity and developing itself into a nation competent to govern affairs in the digital era. This article raises questions around Kenya’s expectations for this agreement.in IP, Data protection and digital taxes.

A survey of other US FTAs, which are currently only 20 in the world, reveals that a standard like one of protections given in the US is applied in the lifetime of the agreement with the possibility of enforcement. In Kenya with a great counterfeiting issue, this could mean the taking up of more responsibilities by Anti-Counterfeit and IP authorities due to potential IP protection legal proceedings. Admittedly, as in China, trade priorities in a free trade situation will prioritize stronger enforcements because it boosts confidence for American businesses and brands that their IP is safe and secured in the new territory.

In the case of digital supply, it will be interesting to see what kinds of changes the Kenya Intellectual Property regime will experience.

The US can be described as exercising open data flow policy. This approach seems to differ with the position that the Kenya Data Protection Act takes, which is somewhere in the protectionist-sovereign sphere. With Sections 48 and 49 setting up standards for personal data transfer. Section 48(b) includes a bit on proving that the country in question has ‘commensurate data protection laws’. The US currently does not have a federal data protection law, but with state data protection laws.

In addition, the European Court has come out with a decision that essentially finds that data transferred out of the EU or of EU persons resident in the EU falls within the protection of the GDPR. As the law that has led the data protection revolution across the world, is this a position that can be found in the data protection laws enforced across the world, including in Kenya? How will Kenya deal with the clear gap in US federal legislation on data privacy? What concessions will Kenya make? How will they impact the execution and implementation of the Data Protection Act?

The US has made its position on digital taxation apparent. The term ‘discrimination’ has been used severally by the US trade office in responding to countries making attempts to tax global companies such as Google, Netflix, Uber. The US has responded strongly with sanction threats and launching of investigations. In fact, earlier this year, the US withdrew from talks with the European Commission citing taxing these tech companies as one of the major reasons.

In June 2020, Kenya launched very publicly into a discussion that other countries are having on taxing these tech giants, with its own Digital Supply Tax. It is a clear and likely outcome that the trade negotiations will seek to exempt American products from this tax. How will Kenya navigate taxing the digital economy without taxing American tech companies? How will Kenya tax local digital supply companies and even other companies form across the world? Will this lead to an exemption or a complete shelving of a digital marketplace supply tax? Although we sought to answer some of these questions together with Qhala HQ earlier this year, the approach the country will take still remains unclear.

Kenya is coming to decision time, in a trade agreement that will significantly impact digital trade aspects. This agreement could strengthen Kenya’s IP regime and delay the collection of digital supply from big players. Though the outcome is not known for sure, it is clear that for a nation with digital economy ambitions like Kenya, there is much to watch for in the law and policy around digital trade.