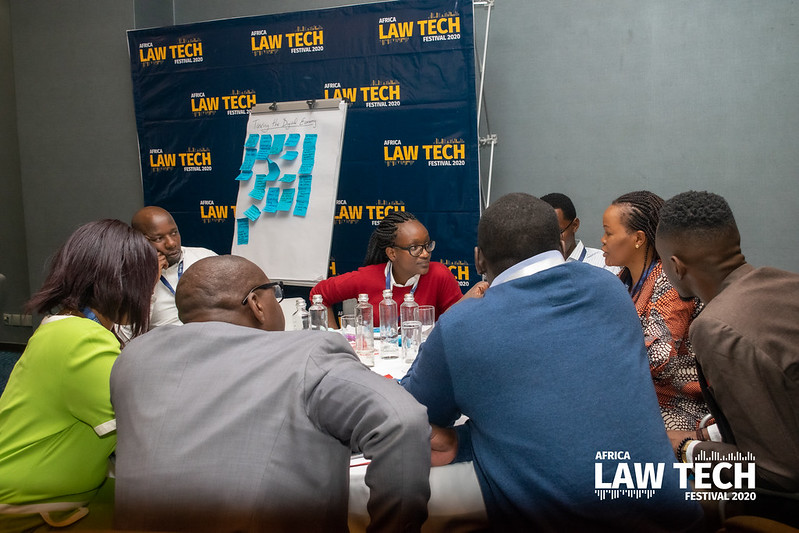 The Lawyers Hub in partnership with the Collaboration on International ICT Policy for East and Southern Africa ( CIPESA ) hosted a Policy co-creation exercise on ‘Taxing the Digitized Economy’ in Nairobi, Kenya during the Africa Law Tech Festival, a five-day long event designed to provide innovative policy alternatives touching on Law and technology within the African continent.

As countries grapple with the e-commerce system and the resulting tax deficit for most countries globally, African economies which form greater part of market jurisdictions for digital economies suffer disproportionately as they lose out on much needed revenue for development as big tech companies repatriate earnings to their countries, leaving revenue authorities to the default tax measures that do not offer adequate consumer protection.

Presently, African states have independently though unsatisfactorily adopted measures on how taxing the digital economy. In July 2018 for example, Uganda introduced the Over the Top tax commonly known as the Social Media tax as a prerequisite to accessing social media platforms in the country. The tax caused undue burden with many resulting to use Virtual Private Networks to bypass tax nets causing decline in revenue for government as well as for businesses that depend on social media. This comes at a great expense on exercise of fundamental rights and freedoms such as access to information, freedom of online assemble and expression.

Kenya through amendments made by the Finance Act 2019 has introduced taxation of income accrued through the digital market place. The definitions and regulations on the same remain vague and this was one of the challenges identified by the policy co-creation exercise at the Africa Law Tech Festival during the Digital Tax policy co-creation exercise convened by CIPESA. Further the group recognized that current considerations requiring permanent or physical establishment of foreign companies in African states doesn’t envisage the current business models of digital companies and while there is already ongoing proposals by the OECD on the new models under the Unified Approach model on what to consider to tax digital companies, these would be more effective for African states to propose a model unique to their market and continental structure. Senegal through it’s newly enacted startup Act most recently gave tax breaks to the tech startup ecosystem signaling a shift in the taxation of the digital sphere.

African countries are independently facing different challenges with most being at different stages of development, this is evidenced by recent discussions to set up the Africa free Trade Agreement. This has affected the ability of revenue collection agencies to track transactions on the digital economy and collect digital tax altogether. Dispute resolution proposed by the OECD includes arbitration but tax litigation and arbitration cost may be too expensive for African states. An example would be who gets to chose the arbitrator or where the place of arbitration will be. Even where a favorable outcome was to result, the challenge of enforcing this decision would still ensue. As a result, the policy co-creation group identified that though it may be difficult to balance interest of each state, there is need for cohesion and collaboration by African states to ensure adoption of policies that fit the needs of the continent. As such they made recommendations on a Call for Unified Approach for Africa in terms of the digital economy including definitions of permanent establishment as well as Developing tools to enable better tax collection in the Digital era. There is need for Government support and stakeholder engagement to better understand the business models in the digital economy. A Proposal on a proper dispute resolution system for the digital economy taking in the unique characteristic of the African continent.

While highlighting these recommendations the policy co-creation group at the Africa Law Tech Festival further identified potential risks to a digital taxation system. These include the need to ensure data collected is limited to the purpose for which is solely taxation, the need to guard against double taxation of e-commerce traders particularly those with both online and brick and motor businesses and the ability of taxation to stifle growth, innovation and creativity within the continent. CIPESA’s Edrine Wanyama reiterated that Consumer protection is paramount, tax should never be a tool to stifle freedom of expression or movement of people and goods.

By the Lawyers Hub – www.lawyershub.org